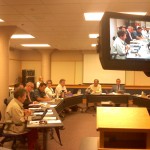 For background on this letter, Visit this Page.

Today I received your letter dated August 12, 2012, handed to me by your employee.

The letter states that you sent me an initial letter in February. I have never received your initial letter and I am quite shocked at the content of the one you drafted August 12, 2012.

Your letter states that I am going to be moved from an individual membership to a nonprofit membership at the cost of $240 a year. You cite that this is based on the fact that I “use MCAM facilities and equipment to a greater degree than the individual membership allows.” As you know, from the beginning I have been using MCAM equipment to do taping of local government meetings and hosting them online through the People’s Press Project.

I object to the notion that I use MCAM facilities at all. I simply come to MCAM, check out a camera and tripod four (4) times per month and return the equipment according to your check-out policy. I do not use your facilities or any other equipment. The actual hours of use for the camera has been 8 to 10 hours of use per month. That can hardly be construed as use beyond what an individual membership allows. In fact, it’s nominal. Have you recently limited the number of hours equipment can be used by individual members? How can you monitor (or enforce) the number of hours an individual uses a camera while it is in their possession? How and when were members notified of this arbitrary new rule? I looked on your MCAM web page and did not find any such restrictions on the
http://www.moorheadaccess.org/membership page.

With my limited use of MCAM equipment to do a public good by taping and hosting local governmental meetings, and the absence of using anything else in your facility, I see no need to change the membership. Both your method of giving notice, and your arbitrary decision seem unfair and opportunistic; intended – – once again- – to stop me from taping local government meetings. Therefore, I refuse to be unfairly and arbitrarily moved to a nonprofit membership and will remain an individual member at the cost of $12 per year.

I would venture to guess that I am one of the few members MCAM has left. What limited access people had to “public access” media services in the F-M area, you have restricted even further; limiting access to programming, 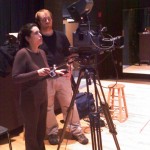 equipment and training for the entire community. Since you became the General Manager (GM) there, the quality of services and equipment provided by MCAM has steadily declined or become non-existent. Meanwhile, the true intent of arbitrarily jacking up your pricing seems to be a way of financially attacking the work I do through the People’s Press Project. I cannot allow that to happen unchallenged. Therefore,  I will remain an individual member of MCAM at the already agreed upon price.

You should be mindful of the fact that I am using this equipment to provide a service to the community that MCAM, the City of Moorhead, the City of Fargo and public access (from cable franchise monies) should already be providing for our communities- – because all those entities receive millions from cable franchise agreements to do that work and provide public access programming and stations to our communities. MCAM’s former production coordinator and I worked on a proposal to the city to expand taping of government meetings by training and paying camera operators, myself included. The proposal went forward and eventually gained thousands of dollars of additional funding for MCAM to expand taping of government meetings. However, after you became GM, trainings and payment for work already being done were set aside. Although MCAM received the benefit of this additional funding they have done very little additional taping of government meetings.

Shortly after that you arbitrarily changed the agreement for camera equipment I had check-out and demanded the check-in of the camera equipment at a time when it was impossible for me to return it, even threatening to call the police if I didn’t scramble to figure out how to get it to you. As soon as the equipment was checked-in, you notified me that you were downgrading my membership use of camera equipment saying I could no longer use the high quality studio cameras to tape government meetings. You said you were going to sell the high quality camera equipment because it was old and outdated but have instead been using it on a limited basis to film football games. Since then you have only afforded me the use of low end and antiquated video equipment, which is frequently non-functional and makes the video quality for the public less desirable and viewable.

In contrast to your agenda, the previous production coordinator allowed members (and volunteers like myself who were on hand to help since there was no other staff) to train people on the use of those high quality studio 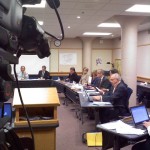 cameras, and to use MCAM facilities to edit and produce public programming and government meetings. One of your first actions as GM was to end the training program we had in place so no new citizen journalists could become trained camera operators and begin taping more governmental meetings or creating public access or educational programs. You said no one would be able to use the studio cameras unless they were trained, but no trainings were ever offered again. Training and programming efforts for non-profit organizations like CCRI and the Boy Scouts of America, who were also poised to begin creating local broadcasts, were stopped dead in their tracks by you. As GM, you have hoarded, hidden, or holed-up the equipment of MCAM and have done little to no outreach in this community to give people access to the “free speech” dollars intended for them by cable franchise agreements with this city. 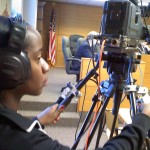 The agenda of silence you have developed against the work I am doing for government transparency in this community needs to stop. I have managed to continue taping and providing transparency in government, albeit on a limited basis, despite your repeated efforts to stop my work. But now I have to speak out. I doubt that anyone in Moorhead or Fargo, including the MCAM board members, will support this ongoing campaign stop the taping of government meetings and your efforts to stop concerned and engaged citizens who are trying to use the facility (MCAM) that was set up with money historically and traditionally intended for the purpose of public access, government transparency, and educational programing. Understand that my goal has never been to merely use MCAM equipment, but rather to see facilities like MCAM in this region properly funded, equipped, and used for their intended purposes so that the general public has greater transparency and access to information and greater engagement in local government. Your renewed attempts to stop these efforts are prompting me to request the assistance of local, state, and national media justice organizations and of concerned citizens to pressure city officials, government leaders, and MCAM to allow this facility and its equipment to be used in the manner for which it was intended.

Ending the use of MCAM equipment by revoking my membership will not stop the work I am doing. In fact, it may

help fuel the need for more public access and transparency by showing the public what MCAM’s real mission has become under the general management of Tilton: to limit access of MCAM’s equipment; equipment that is a public trust not one man’s personal arsenal.

If you refuse to honor my individual membership status, I request that you inform me in writing what you based your decision on. I also want to be notified when your next MCAM board meeting is so that I and others may attend and appeal these adversarial actions to your board of directors.

Please know that no matter what decision you take, I and other community members will continue this fight for greater access and accountability- – including the accountability within MCAM and its use of the public’s money. We will find equipment that the public can use to tape, broadcast, and archive government meetings with or without the help of MCAM, and even despite your current efforts to stop us. I will be reaching out to individuals reading this letter (and throughout the community) to request equipment and funding to the People’s Press Project so that we can continue to provide the community with greater government transparency and accountability.

To donate to our cause or check out our latest work go to: fmppp.org

Thank you for your time and consideration.

Audio recording of returning equipment to Ton Tilton in May of 2011. PPP leaders Cindy Gomez-Schempp and Duke Gomez-Schempp  return equipment to MCAM after Tony Tilton, MCAM General Manager demands that all equipment be returned to MCAM and PPP will be restricted from further use of the equipment.   Audio file on FMPPP website (mp3).