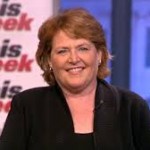 The bipartisan compromise includes provisions Heitkamp fought to include that would authorize permanent flood protection in the Fargo-Moorhead region and block the Federal government from charging a fee for surplus water from Lake Sakakawea.

“Today’s agreement is a continuation of the bipartisan work we have put in to get this incredibly important water bill done for North Dakota and the nation,” said Heitkamp. “Because of our efforts, the final legislation will authorize permanent flood protection for Fargo, and block the Federal government from charging us a fee to use Lake Sakakawea water.  I look forward to voting for final passage, and seeing this bill signed into law.”

Heitkamp played an important role during Senate debate on WRDA to include authorization of the Fargo-Moorhead Flood Diversion project. Because this is now included in the final bill, authorization will allow federal funding to be provided for construction of the project, which is an important step forward in protecting people and property in the region.

Heitkamp worked to block an effort by the U.S. Army Corps of Engineers to charge North Dakota for Lake Sakakawea water, after the state was promised it would be able to use this water to meet its needs in exchange for losing hundreds of thousands of acres of prime bottom land to the construction of the Garrison Dam. Heitkamp joined Senator John Hoeven in securing a provision in WRDA when it was considered in the Senate to prevent the Corps from charging a fee for water from the reservoirs.