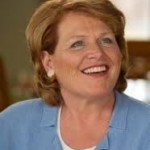 In 1887, the Dawes Act broke apart many Indian reservations, resulting in many parcels of land owned by individual Indians and later non-Indians. As these land owners’ interests passed on to their heirs over the years, the land was broken into smaller interests, often leaving an individual with a tiny fraction and preventing any meaningful use. Today, the remaining fractionated land ownership causes many difficulties for North Dakota tribes from law enforcement to economic development. And in many cases, the parcels of land are so small that individuals aren’t even aware they own them. For example, the Standing Rock reservation in North and South Dakota has nearly 230,000 fractional interests, the second most fractionated location in Indian Country.

The Cobell Settlement of 2009 created a Trust Land Consolidation Fund for the Department of the Interior to institute the Land Buy-Back Program, which seeks to purchase fractional ownership interests in trust lands from individual Indians interested in selling and consolidate those interests into tribal ownership. As the Department implements the program, Heitkamp used today’s Senate Committee on Indian Affairs hearing to make sure the Administration is listening to suggestions and concerns of North Dakota tribes.

“Wrongheaded policies crafted in the 19th Century are still causing major headaches for North Dakota tribes, which are trying to make life better for their people,” said Heitkamp. “The Cobell Settlement has given us an opportunity to finally get rid of the checkerboard system currently in place, and bring continuity to our reservations. To do this, the Department of the Interior must work closely with North Dakota tribes and listen to their concerns.”

Earlier today, the Department of the Interior announced that it signed a cooperative agreement with the Standing Rock Sioux Tribe to facilitate the purchase of individual interests in fractionated trust lands and consolidate ownership for the tribes with jurisdiction. Through the Land Buy-Back Program for Tribal Nations, interested Indian landowners receive payments for voluntarily selling their land. Consolidated interests are immediately transferred to tribal governments and stay in trust for uses benefiting the tribes and their members.