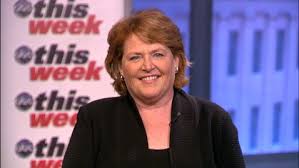 Currently, at $7.25 per hour, the legislation would raise the minimum wage to $10.10 per hour. Such an increase could help lift many families out of poverty. The cost of living for a single mother with two children in North Dakota is more than $43,000 a year, which means she would have to earn more than $20 per hour to make-ends-meet. That is nearly triple the current minimum wage.

“I’m frustrated and deeply disappointed that the Senate failed to put hard working families first,” said Heitkamp. “I don’t know anyone in North Dakota earning the current minimum wage who can honestly make ends meet. We need to show all of the hard working North Dakotans – janitors, construction workers, administrative workers, and so many more –  that they’re valuable, that they and their families are worth investing in, and that their jobs are needed. But today, Republicans showed they don’t want to support working families who are struggling to put food on their tables for their kids, trying to afford to keep a roof over their heads, and fighting to pay essential medical bills. It’s long overdue that we give North Dakotans and all Americans the better pay they need and deserve.”

While some claim only young workers earn minimum wage in entry-level jobs, the reality is quite different. The average age of a minimum wage worker is 35 years old, and nearly 90 percent of all minimum wage workers are at least 20 years old. Additionally, nearly two-thirds of all workers who are paid the minimum wage or less are women, including many working mothers.