Return to Community Events and News

I was recently interviewed by Al Jazeera America by Pulitzer Prize winning author, writer, and journalist David Cay. He has written extensively, including a book, on worker’s compensation. Cay was genuinely curious about how, North Dakota, one of the smallest and least populated states in the union earns the reputation of having the highest per capita death rate in the country and how the state’s Worker’s Compensation Insurance, riddled with long standing complaints of fraud, claimant abuse, and corruption, could remain out of the national spotlight for so long. 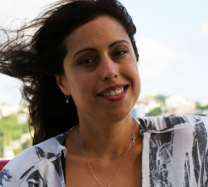 Cindy Gomez-Schempp is a paralegal with over 14 years of experience in Worker’s Compensation law and cases. She is also the publisher and VP of The People’s Press Project, Mexi-CAN.org and KPPPFM.com

Following is an excerpt from David Cay’s article:

“Cindy Gomez-Schempp, who has written numerous exposés of the North Dakota workers’ compensation system, argues that the state is more interested in turning a profit from the state-run insurance fund than paying legitimate claims”

“‘We need a workers’ bill of rights,’” she told me, noting that state law says workers must get ‘sure and certain relief’ from death or injury on the job, but denial of claims is what is almost certain.”

“‘The state does not even allow to use an attorney until the end stage of the claims process, which is rigged against workers,’” she said.

To read my exposés on WSI go here:http://thepeoplespressproject.org/community-events-and-news/workforce-safety-insurance-to-be-or-not-to-be-an-insurance-company-and-other-dirty-little-secrets

Community Events and News KPPP-LP 88.1 Fargo-Moorhead is On The Air Those Little Rascals! KPPP-FM Making a Stride in Media Justice Money For Your Non-Profit! March 5 and 6 In Fargo and Moorhead Workforce Safety & Insurance To Be or Not to Be an Insurance Company, and Other “Dirty Little Secrets” The Walking Wounded Unite: Injured Workers Rescue Themselves InSecurity: The Dangers of Supercharged Digital Discrimination and More Ready, Set, Fargo Marathon 2014 9/11: Lessons Learned? Community Discussion on the Changing Demographics in Minnesota and the Impact on the Economy Homelessness 101 Training MINNESOTA CITIES TOP NATIONAL LISTS FOR BUSINESS, HAPPINESS Put Bluntly, Who Cares? Al Jazeera America Looks into North Dakota’s Broken Worker’s Compensation System