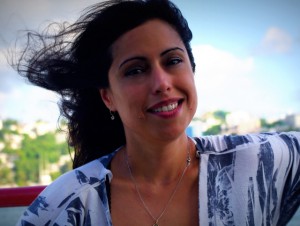 ‘Where did she go?’, you were wondering. The news that I have left the High Plains Reader (HPR) as editor-in-chief caught many by surprise. And, I apologize for that although it could not be helped. I want to take the opportunity to explain how I and HPR came to this decision.

I also want to congratulate Diane Miller and HPR for their choice for editor. A former intern of the PPP, Diane Miller will be a capable editor-in-chief at HPR and I’m very pleased this opportunity has developed for her and “the little paper that could”.

Sometimes life throws us an opportunity and we all have to be ready to grab it! So, although I enjoyed my time as editor immensely and will miss my family and friends at HPR, I’m elated to announce that the People’s Press Project (PPP) is finally close to getting their 501-c-3.

Many of you know that in addition to working with HPR, I am also vice president of the non-profit, the People’s Press Project (PPP). A little over two years ago I began working as editor of HPR with the desire to learn more about print media production and its inner workings, not just for the experience of being editor, but for the opportunity to transform media through non-profit media justice work. Soon after, the People’s Press Project was born and with it came many opportunities to train others in communication rights, writing, video and audio broadcasting, podcasting, social networking, and more. The product of this work began to grace the pages, the airwaves, and enhance the content of HPR as well as other local media and social networks.

Shortly before spring break, the PPP was notified by the IRS that our wait for non-profit status was almost over. However, this notice also required that I separate myself from the decision making body of HPR as its editor and fully assume responsibility for the work of the PPP. This separation is meant to ensure that HPR is merely one of the local media sources that benefits from the work of the PPP, not its primary recipient. As the PPP expands, it is deeply important that we refocus our energy on expanding our network of support and content creation for all local independent media.

The partnerships PPP has fostered with HPR, the Advocate, the Concordian, the Spectrum, and other local and regional independent print media as well as cable public access and local independent radio have paid off. The PPP gets the chance to provide training to the public, students, and community journalists and they in turn learn to effectively market their ideas to media.

The PPP will be adding independent media partners to our ever expanding network. By doing this, we will be able to provide people with many more opportunities to train and to get published or broadcast in various formats like podcast, video, online, and through social networks. Meanwhile, local independent media in radio, public access broadcasts, and print will all benefit from the high quality content that PPP’s trainees and interns produce, market, and disseminate. It’s a win-win for the community, and we’re excited to begin watching the transformation of our local media landscape.

PPP has also been recording and broadcasting governmental meetings of the Fargo School Board and Fargo County Commission and broadcasting on public access as well as making a library of broadcasts available online for convenience of the public.

This effort has brought greater accountability to government as well as made the public more informed about the decisions of our elected officials. The response from the community has been: expand! Not only have we been approached to cover other local government meetings, but nearby communities have asked that PPP expand their services to cover government meetings in their towns. This is what PPP hopes to accomplish.

PPP is also very excited to announce that we restructured our board to include three new gifted media justice leaders: Nikki Zinke (publisher and editor and publisher of The Independent of Barnes County), Richard Vaudrin (founding member of Station House media group), and Bertha Vasquez (social justice advocate, attorney, and artist).

So, although I will no longer be at the helm of HPR’s content, I will still be ‘sharing the love’ of working on media access, policy, and justice issues for the F-M area.

Now, working exclusively for PPP, I can still help develop coverage of local stories (especially those which are traditionally ignored in mainstream media), polish and edit content to targeted media, educate, and develop programs (podcasts, videos, etc) and broadcasts for local public access television, radio, or internet and distribute the content to all the local independent media.

Send us your press releases and story ideas. We’ll try to find an independent media source that fits your needs or help you broadcast your own news through online sources. Email cindy@fmppp.org or duke@fmppp.org

We’ll help focus your message and market your story. PPP will also help your story get noticed by media. We’ll share your news with the community of free lance writers, bloggers, and our independent media partners to enhance your chances of getting published or broadcast. And, regardless of barriers, PPP will help you get your message out to the public.

Every news room in America is suffering the effects of economic decay and ‘downsizing’. The PPP understands the colossal job facing overworked and understaffed independent news sources.  We fill the gap by supporting news production and offering training and mentoring in:

If you are an independent publication, media outlet, blogger’s group or just the average person who wants help with creation of media contact the PPP to request interns, assistants, writers, content, or equipment/consulting support. You can even upload press releases directly to our webpage for dissemination to media outlets, writers, and the public at large.

If you want to join the ranks of community journalists and work in media production, contact PPP to be added to our directory for possible assignments, volunteering opportunities, internships, and media production training.

To learn about upcoming trainings, access training tools and information, and find updates on our work you can visit our website at: fmppp.org

Want to get involved?